A Small Story About Sacrifice

What did Mother’s Day look like to you this past Sunday?  It was certainly very different for our family as we tried to innovative to “safely celebrate”.

Although not a mother myself (unless you count two demanding cats), I am lucky to have a very close relationship with my own mother, who turns 84 this year.  We have a decades long tradition of meeting for lunch on an almost weekly basis, but lately we have adjusted to a regular socially-distanced glass of wine or two, in a series that we have named “drinking wine and talking shit”.  It seems, despite the fact that we speak daily and meet up at least weekly, we never run out of things to talk about.

With all of the rhetoric out there suggesting that we are at war with COVID-19, we are being asked to make sacrifices by staying at home, potentially losing our jobs, and sadly watching storefronts and restaurants sit empty.  I can’t help but consider what sacrifice meant to my mother’s generation.  This past Sunday she shared a story with me that paints the picture for me.

Rationing in the United Kingdom began in January 1940, early in World War II, starting with bacon, butter and sugar. To give you an idea of the severity, a butter ration for an adult was 2 ounces per week.  Butter, in particular, was a precious and rare treat at a time when margarine became a cooking staple.

Born in Belfast, Northern Ireland in 1936, my mother was a young girl during the war.  Her memories of that time are of a child’s daily life that must have seemed very normal to her.  She recalls joyful moments peering into the window of the local sweetie shop and thinking “if I had 6 pence and two Ds or one E, I could buy my favourite licorice candies”.  She was referring to the family’s monthly ration book that included candy coupons (a D was worth 2 ounces and an E was good for half a pound).

My mother was one of 6 siblings in a busy house that included boarders taken in by my grandparents for extra income.  My grandmother, the heart of the household, cooked, cleaned and kept the family in line as best as she could.  She ran a busy kitchen, and she often used the oven as a means of storage.

One day, my mother remembers starting the gas oven, probably to help her mother with prepping for one of the daily meals.  Soon after, she noticed a thick liquid oozing out of the oven and pooling on the worn linoleum.  Confused and with some trepidation, she opened the oven door to find a perfect oblong of wax paper packaging.  It was the skeleton of what was once a month’s ration of butter for the entire household.

While my mom doesn’t fully recall what happened after that, she’s pretty sure the punishment reflected the enormity of the crime.  I can’t imagine what was going through my grandmother’s head when she realized she would have to cope without this precious ingredient for a month.

Now, I know this is a small story.  There are many much bigger stories of sacrifice from our parents and grandparents through world wars and the Depression. I’ve heard this story before but for some reason it really hit home for me this time, maybe because it is so relatable right now.

These days, with COVID-19, we are all experiencing what it means to sacrifice.  For some, the circumstances have been truly terrible including loss of family and friends, and loss of jobs.  Our brave frontline workers are risking their own health, and potentially their family’s health, to look after the rest of us.

With the exception of those who have lost businesses or jobs already, most of us are experiencing smaller sacrifices – it’s difficult not being able to see our loved ones and give them a much-needed hug.  We miss gathering in groups, sharing food and celebrating birthdays, holidays and important moments like Mother’s Day.

Just as my mother’s generation came through the war, we will come through this crisis.  We won’t emerge the same people, and it won’t be the same world.  But we will make it through with a different perspective and a more heightened set of values.  We will remember the things we missed and we will not take human interactions and connections for granted any more.

At least I hope so.

Because here’s the thing.  My generation, and those after me never really understood what it meant to sacrifice.  We heard the stories, we watched our grandparents saving pennies, even when times were good, and we listened to their lectures about waste.  But we didn’t really get it.

Ironically, it was those very sacrifices that enabled generations after them to live a life without sacrifice.  I revere my parents and grandparents for their strength and perseverance.  So, by doing the right things now, by making the small sacrifices that are asked of us through this “war”, we are making the world better for future generations.  It’s the least we owe to the past.

How do we make our outdoor prints weatherproof? Thoughts from the Product Guy 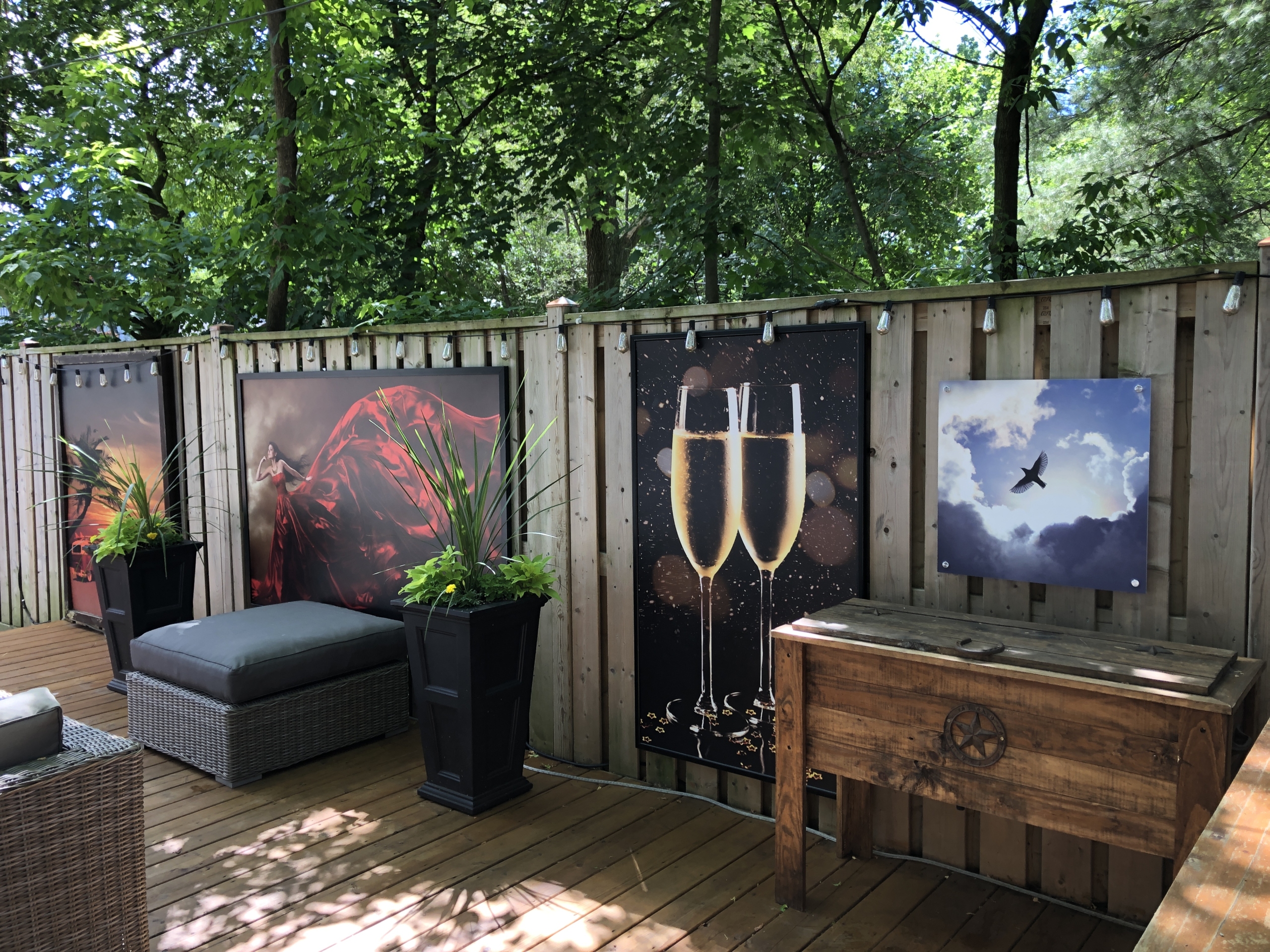 Size Matters. How to Scale your Artwork for Impact Outdoors